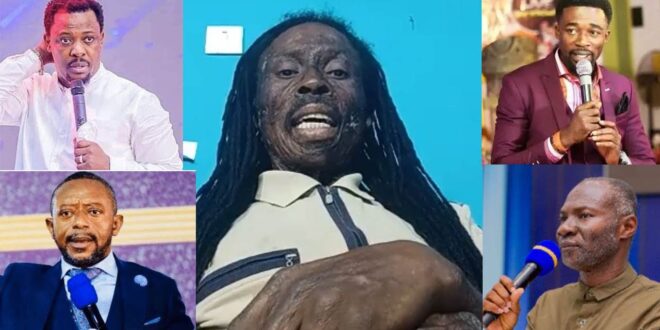 Popular fetish priest Kwaku Bonsam, who recently aspired to be voted as a member of parliament for Offinso North, has also come out with his end of the year prophecies – as it is done by many spiritualists and men of God.

His prophecies followed shortly after the likes of Nigel Gaisie, Owusu Bempah, Badu Kobi, Salifu Amoako, and other men of God revealed made theirs at 31st watch night services in their individual churches.

Kwaku Bonsam started off by lashing out at some of these men of God, especially those who earlier claimed he was going to die some months back. According to the fetish priest, these men of God are “fake and have nothing to offer”.

He continued by laying out his many prophesies for 2021 and the shocking and notable among them as the prophecy that one popular man of God will die however failing to mention the name of the particular pastor in question.