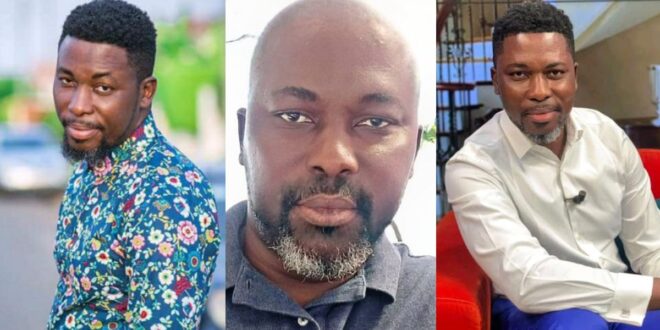 A Plus, a Ghanaian musician and politician, has taken to social media to reveal his new look in a photo he posted on his Facebook page.

On the eve of Friday, November 26th, 2021, A-Plus took to his Facebook page to share the new him, posting a photo with the simple caption “The new me” and an emoji of a laughing face.

The outspoken personality was seen in a new photo, but this time with no hair on his head, as he had shaved off all of his hair, making him appear much more handsome and gentle.

After making the post, A Plus received over 800 comments from fans who were curious as to what had prompted him to shave off all of his hair.

Read Also  Moesha finally gives her life to Jesus Christ, reveals she has so much peace in God (video)

below is his photos;