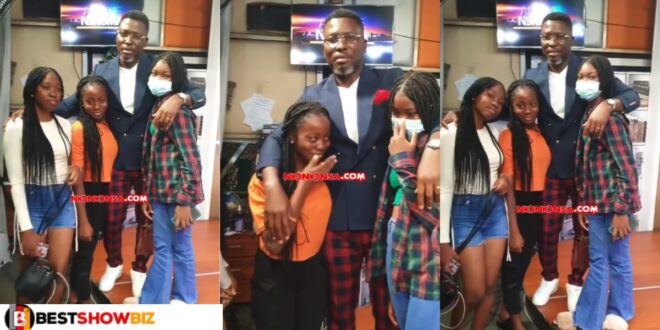 Ghanaian politician and musician Kwame A Plus has publicly displayed his beautiful children for the first time in a video that has gone viral on social media.

The musician, who has always spoken highly of his daughters, decided to show the world how beautiful they are after taking them to a show where he was a pundit.

A Plus, who is a regular guest on the United Showbiz show that airs on UTV, brought his daughters to the show so they could see how things are done at the station.

The oldest is 16 years old and the youngest is 13 years old, which means they are still children but appear older than their ages due to their beauty and bodies that make it appear as if they have grown more than the age stated in the video.