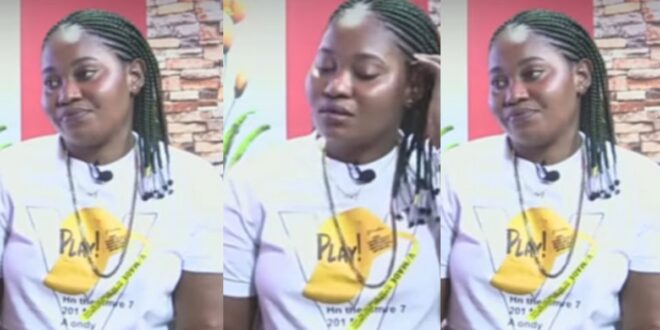 A video vixen from Ghana has unexpectedly disclosed how a pastor who came to pray for her in her room ended up sleeping in her bed.

Kekeli related how a minister once came to her house on a Sunday afternoon with the purpose of saving her from her bad habits.

The preacher brought some annointing oil, which he poured along her bed after he prayed, according to the sex pimp.

“I once had a pastor come to my house to pray for me, and I invited him into my bed. I was just wearing an overall straight dress with no bra and no pants on that particular day.

He poured some annointing oil around my bed and explained that he was doing it to ensure that no man comes around to sleep with me again.

After that, he ordered me to hug him, and I did so, despite the fact that I was not wearing anything other than my overall outfit.

As the embrace got heavier, we knew we were rocking each other in bed. She told STV Africa, “I saw that, that’s what he wanted, so I didn’t make it difficult for him to get.”

When asked whether she had charged the pastor for the sex, the video vixen said she had not.

She mentioned that the pastor has attempted to contact her by phone many times since the incident, but has been unsuccessful.