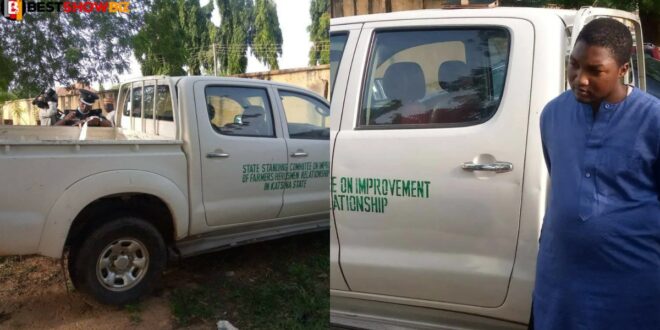 Hayatu Bashir is accused of stealing a Hilux pick-up truck from the Katsina State Government.
The vehicle was parked inside a mosque at GRA Mosque during last Friday’s Jumat service, according to the command’s spokesperson, SP Gambo Isah, who revealed this on Monday, September 13.

The vehicle, he added, belonged to the Katsina State Standing Committee on Farmers/Herders Relationship Improvement in Katsina State.

Read Also  lovely🥰: madam surprises her housemaid with gifts and a party on the poor girl's birthday (video)

When a police team descended on him and detained him, he was apparently going to scrape the vehicle into pieces in order to sell it as parts.