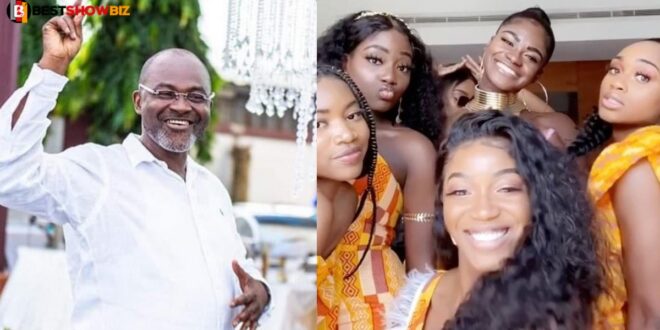 Kennedy Agyapong, a contentious politician, has issued a statement on what he believes will influence a man’s decision to marry a woman.

He said that a woman’s skill at cooking is a sure bet for speeding up a man’s choice to ask for a woman’s hand in marriage during an interview on Net 2 Television.

“You can get every job in the world if you don’t know how to cook, so every day I tell them [his daughters] your mother is a good cook so stand by her and watch,”

He went on to say that he had discussed the subject with his daughters.

“Two of them (Ohenewaa and Tracy) are fantastic. The food they can cook, and then others they hang around and then go pick their books. When they get to 26 and above, they would realize only books won’t help,”

“everything is in stages. First, I said education, now it’s time for marriage. Then what it takes for a woman to get married. It is not only your beauty or knowledge. It’s how serviceable you are at home to your man. And for the first service, you should be a good cook. Otherwise, you are in trouble so I am telling them all these things. Eventually, they will learn and succeed.”