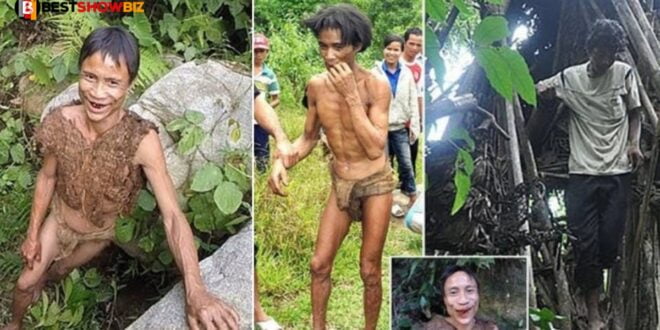 A man who lived his entire life in the forest like tarzan, dies of cancer after just 8 years of been brought back to society

A man who lived his entire life in the bush, totally off from society, died of cancer.

The man, identified as Ho Van Lang, died of liver cancer 8 years after re-entering society, and his companion felt contemporary living had harmed him.

Lang and his family abandoned civilization after a US bomb killed his mother in 1972. We spent much of our lives in the Vietnam bush because his father had a “profound phobia of returning” since he did not believe the Vietnam War was done.

In the jungle, the family ate monkeys, snakes, lizards, and everything else they could find. They wore clothes made of tree bark.

Read Also  Afia Schwarzenegger: "I Make Over Ghc 55,000 A Month, Nobody Bought My G-Wagon for Me"

They were transported back to civilization in 2013 after Lang’s father fell unwell.

Lang lived with his father in a small Vietnamese village for eight years after they escaped the bush.

It took Lang 41 years to discover a female.

When asked if he knew what a female was, he stated that his father had never told him.

Alvaro Cerezo, an adventurer who went to the woods with Lang for a week, says “modern life” has killed him.

His death is a liberation for me.

“I will never forget him. He was a beautiful human being.

“But I didn’t like him living in town. I was worried he and his body wouldn’t be able to withstand the change.

“He had grown up in the jungle and then moved to the “civilized world,” where he began eating processed foods and occasionally drinking alcohol.

“He was the most fascinating and sweet person I ever met,” he added. When we were living in the forest, he could do things that took me hours to do.

“He was a child with superhuman abilities.”