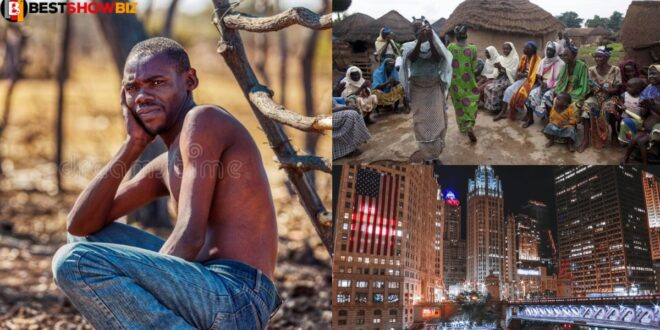 A young guy in the United States has revealed how his mother employed Juju to force him to visit their village because she “never liked his progress.”

The man confessed that his mother had always been against his advancement, claiming that she had protested against the girl he intended to marry and insisted that he return to the village and marry the maiden who had been provided for him.

He didn’t like the concept, according to him, because he had made up his mind to marry his fiancee without her (his mother’s) agreement. As a result, he revealed that he went swimming with his fiancee on a fateful day, entered the water, but upon rising, saw himself in his village.

He expressed himself as follows:

“I’m from Osun State. My mum has never wanted my progress and happiness. I tried as much as I can to give her whatever she asked. I travelled out and I’ve been in US for 6 years. I called my mum to introduce the lady I want to marry, but she didn’t approve of her…”