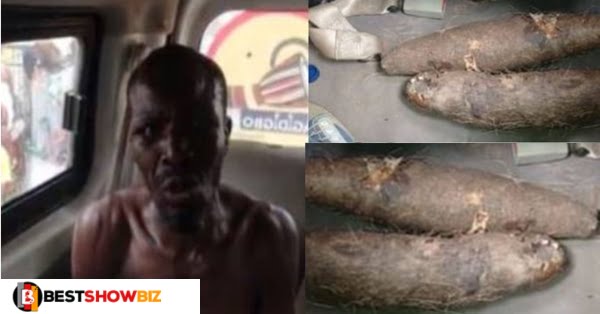 A man has been arrested for reportedly turning two kids into tubers of yam.

In Nigeria, a guy accused of kidnapping was apprehended after allegedly transforming two students into yam tubers.

According to internet reports, the victims are two schoolchildren, and the crime occurred on December 3, 2021, in Ibadan, Oyo State’s capital.

According to accounts, the man dropped a particular quantity of money on the ground and the children scooped it up, transforming them into yam tubers.

He was being interrogated in the video because he stated in an interview that he did not believe in humans turning into yams.

Read Also  "You are not my friend, delete my pictures from your program"- Joyce Blessing warns Agradaa
Share