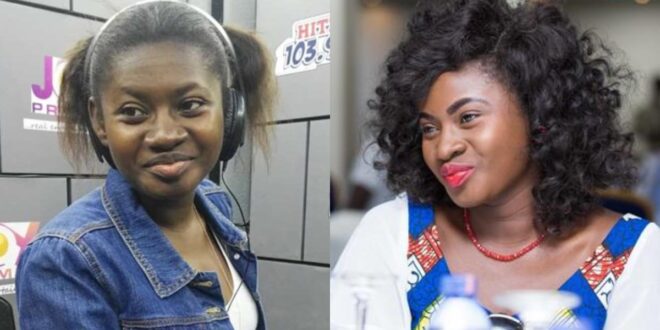 “A guy gave me broken heart and I cried for months.”-Martha Ankomah

Ghanaian actress Martha Ankomah has spoken out about a heartbreak she experienced while dating a young man to whom she gave her heart and attention.

After suffering from heartbreak, Martha Ankomah had to wake up in the middle of the night to cry her heart out.

Martha Ankomah went on to say that she had been feeling ill for some time but woke up one day and told herself that it was her past and that she needed to get herself together and move forward.

During an interview with Okyeame Quophi, the actress said that a broken heart is something that everyone goes through, but she hopes they get through it safely.

Read Also  "I hate the name my father gave me at birth, Denis"- Kidi