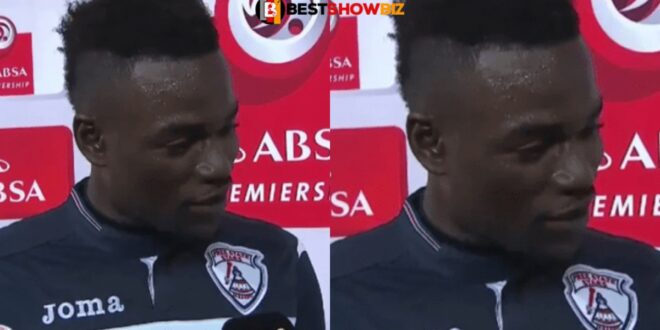 A Ghanaian player was sacked from a South African football club after being accused of bringing “bad luck” to the team.

A strange incident is claimed to have occurred after a young Ghanaian footballer who plays club football for TS Galaxy was fired for bad luck.

The athlete, whose name has been revealed as Mohammed Anas, is alleged to have had his teammates protest about his lack of good spirit.

According to sources, he has played for a number of clubs, including Maritzburg, Free State Stars, Polokwane City, and Black Leopards, all of which have struggled to win matches and cups.

An insider who spoke about his dismissal stated saying;