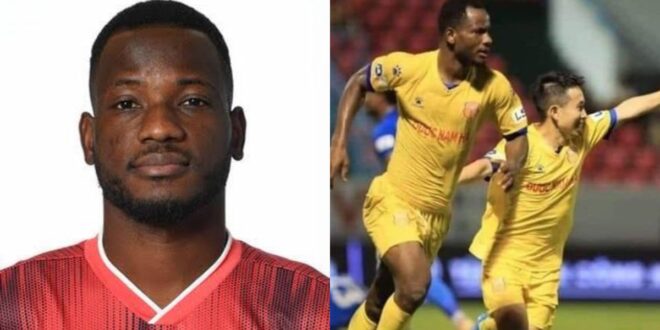 A footballer was poisoned to death on New Year’s Day after visiting family in his hometown.

Oussou Konan, an Ivorian player, died after visiting his homeland.

The athlete, who most recently played for Al-Bukiryah Football Club in Saudi Arabia, died on a New Year’s Eve visit to his homeland.

According to reports from the Ivory Coast, he died as a result of poisoning while on a visit to his hometown.

Initially, it was stated that he died after a short illness, but his cousin was suspected of poisoning him this morning.

Former Africa Sports, Espérance and Al Ahly striker Oussou Konan has passed away at age 32 in his hometown in Ivory Coast.

According to some reports, the player was poisoned in his hometown while on a visit. 😒#GTVSports pic.twitter.com/xMtCITR0bq