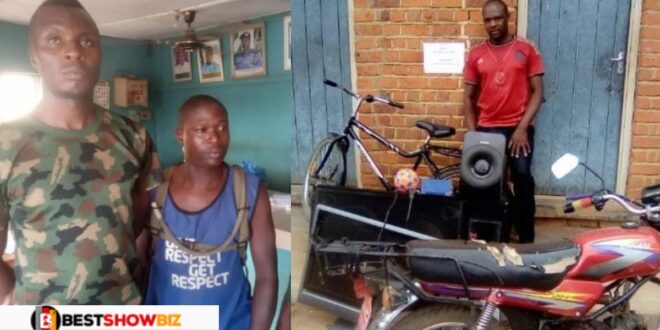 A Fake soldier Apprehended for stealing from women he promised to marry.

The police have apprehended a man who pretended to be a soldier in order to have s3x with ladies while promising them marriage but then stole from them.

Mkwatula, the accused, was accused of tricking ladies in her neighborhood by claiming to be a Malawi Defence Force soldier who would marry them provided they let him “eat” them.

According to Ntcheu Police spokesperson Rebecca Kwisongole, Mr. Mkwatula has been proposing love to women, cohabiting with them, and promising to marry them, but then stealing from them and fleeing.

Motorcycles, plasma TVs, speakers, cellphones, duvets, and cash are reported to be taken by the suspect from all the women he proposes to and who accept his proposal.

According to police reports, three women have filed charges against him, alleging that he has been stealing from them after pledging to marry them.

The suspect has been apprehended and will be prosecuted for stealing and fraudulent pretense of marriage under Malawi’s Penal Code sections 278 and 161.