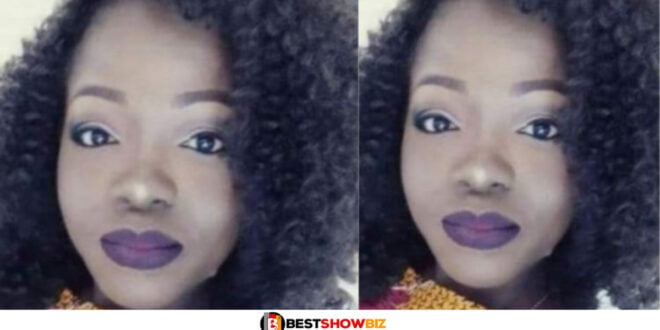 A beautiful Jehovah Witness lady dies after refusing surgery paid for by a Catholic Church.

Ogechukwu Ochiaga, a lovely young Jehovah’s Witness lady, died because she refused a catholic church’s donation to treat her because of her beliefs.

According to accounts, the young woman was suffering from a serious illness that necessitated a large sum of money, prompting a social media user by the name of Bro Can Mbanefo to ask for help.

In his tweet, the young guy urged others to come to the lady’s rescue with any money they can spare, prompting the Catholic Church in Italy to announce that they are willing to assist.

After receiving the good news, the young lady who was a Jehovah witness denied the assistance on the grounds that it came from a catholic church and would only take it if it came from a personal account.

The money was subsequently given to other sick persons by the church. Friends have flocked to Facebook to express their condolences for Ogechukwu.