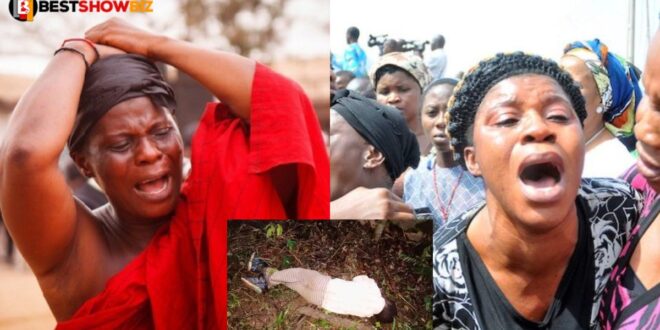 A 6-year-Old Boy d!es of Electrocution after stepping on a live wire whiles hunting for snails

A tragic occurrence is believed to have occurred at Kuntenase, where a little child called Gabriel Otu was electrocuted while out on a snail hunt, according to reports.

Apparently, the child who died and his twin brother went on a snail-catching trip in the complex of some district workers who had left an exposed wire lying around the compound, leading to their deaths.

As reported, the incident occurred on Sunday, September 5, and the dead had some areas of his body burned as a result of the electrocution that took place immediately after.

Witnesses at the scene of the incident stated that they were alerted to the death by the cries of the deceased’s twin brother and that they raced over to the scene only to discover the boy’s lifeless body laying there.

Read Also  A man in American recounts his terrifying ordeal after his mother used juju to make him appear in their village.

Moreover, the neglected wire had been lying down there for days without being noticed or attended to by anybody else in the house, causing the small kid to succumb to his injuries and die.