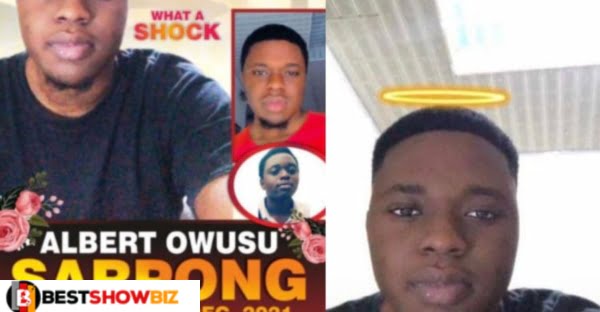 A 20-year-old Legon student is said to have died after receiving a vacc!ne

A very tragic piece of information has revealed that a 20-year-old Legon student named Albert Owusu Sarpong died after receiving the coronavirus vaccination.

According to allegations from his friends and classmate at the University of Ghana, Joshua Wonder, his friend began complaining of dizziness after taking the injection.

He further said that Albert had the immunization injection on Monday, December 13, 2021, and began moaning as soon as they arrived in their room.

Taking to Facebook to express his condolences, he wrote:

“I never thought I’d lose you. You’ve been more to me than a brother. You should not have died in this manner… Albert, take care…”