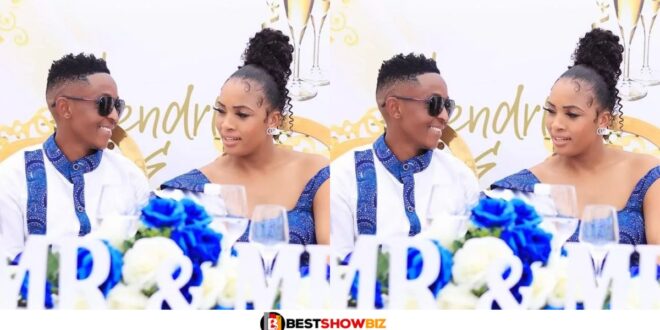 A viral photo with no more explanation has surfaced, claiming that a teenage guy has married a lovely woman who is allegedly 51 years old.

The shot was initially posted on blogger Van De Maestro’s Instagram account. As previously said, there was no more information regarding the weddings or where they were held.

However, many internet users claim that the ‘forbidden’ event took place in South Africa.

The 14-year-old kid and the woman’s family are said to have given their blessing to the wedding.

The couple seems thrilled about their union in the snapshot provided here, and from where we stand, our thoughts don’t matter.