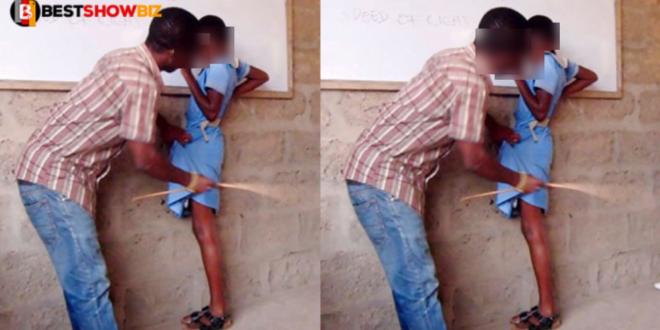 Multiple bruises on the back and buttocks of a nine-year-old student at the Happy Royals International School, a private school in the Ashanti Region’s Asokore Mampong Municipality.

This was in retaliation for her female teacher allegedly whipping her for failing to finish a school assignment.

The victim was taken to a private health facility after the incident and referred to the Manhyia District Hospital for further treatment.

Her parents have filed an official complaint with the Manhyia Divisional Police Command’s Domestic Violence and Victims Support Unit after the victim was released from the hospital.

It has also been summoned by the Asokore Mampong Municipal Directorate of Ghana’s Ghana Education Service to discuss the matter.

The school’s administration has refused to comment on the situation, other than to say that the directorate is investigating it.