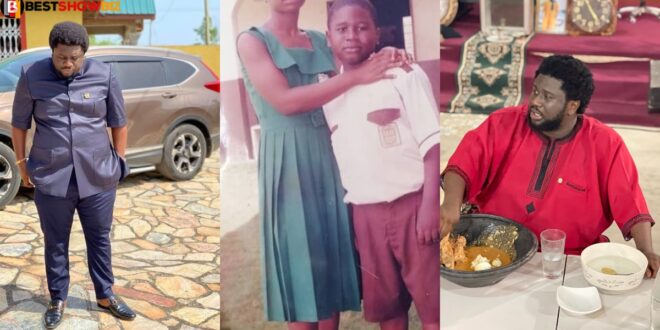 The controversial man of God who claims to have seen an Angel with the heavenly name Ajagurajah is perhaps the only man of God who has fed and continues to feed a significant number of people on a weekly basis at his church facilities.

Chop bar Sofo, Killer Nkuto, Wubedi brock, and a slew of other monikers have been applied to Brock Nation’s CEO. During his sermons, he is frequently seen barefooted, and many people are confused as to why he does so.

The house of God, he believes, is a sacred place, and those who enter should conduct themselves in a holy manner, as Moses did in the Bible.

Ajagurajah has made numerous controversial assertions, including that Jesus Christ was not slain but rather replaced.

As a result, many Christians were furious with the man of God, but he was unaffected. According to him, he does not follow the New Testament’s precepts but rather follows Moses’ law, which stipulates that if someone slaps you, you have the right to slap him back in the same way he slapped you.

A photo of Ajagurajah from when he was nine years old has appeared online, and he looks to have always been a big person since boyhood, with the difference that he now has bushy hair to his brand.

Read Also  ‘If A Plus Slept With Me, Why, Is A Plus A Cripple? – Tracey Boakye Fires Back

He was seen with a woman who may be his sister or a classmate.

The shot was taken on the school grounds some years ago, yet the resemblance is still there.

see his photo below;