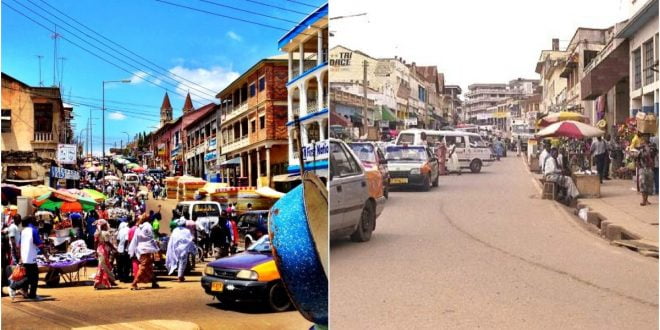 9 Year Old Girl Has Gone Mad In The Asante Regional Capital, Kumasi find out the course

Barely a weak ago, a 9-year-old girl whose name has been withheld and a basic two student from Asoufua in the Atwima Nwabiagya North District in the Asante Region went mad.

diving deep into the matters leading to her madness, it has been revealed that her madness was orchestrated by one 60-year-old Opanin Agya Yaw who happens to be the ex-husband of the girls mother Hannah Bennewaa.

reports have it that,  Agya yaw came once home to meat his stepdaughter the 9-year-old girl alone and convinced her to the room, undressed and defiled the little girl. The man threatened to kill her should she tell the mother.

Read Also  Asamoah Gyan Shares Cute Photos Of His Daughter Ohemaa, As He Celebrates Her Birthday

She couldn’t tell anybody but her condition worsened until it got to the notice of her mother. She was quickly rushed to the hospital and the medical reports shown she was raped. The girl then mentioned Agya Yaw as the culprit.

The matter was reported to the Chiefs and some closed relatives who planned to settle it in closed doors. Agya Yaw was invited by the town elders but denied and went to invoked the wrath of the gods to claimed his innocence.

Two days later, the little girl was diagnosed with a mental disorder as she started putting up irregular behavior.

Agya yaw is currently on the run, ever since the matter got to the public domain. Otec 102.9 FM flagship program Asem Beba Dabi led by Krobea Asante has vowed to seek justice for the little girl.

Stay tune will update my followers what happens afterwards.