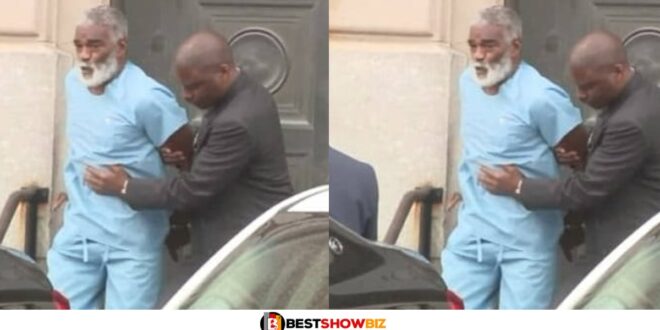 80-year-old husband k!lls his wife after she promised to have sḝx with him on Christmas Day but changed her mind.

An 80-year-old man stabbed his wife to death after she agreed to have sex with him on Christmas Day but changed her mind after he took Viagra.

Vito Cangini, an Italian man, has been charged with the murder of his wife, Natalia Kyrychok, 61, because she refused to have intercourse with him after he took a Viagra tablet at home in Fanano di Gradara, eastern Italy, on December 25.

Orally, Viagra tablets, which are typically blue in color, are used to treat erectile dysfunction.

Kyrychok’s rejection sparked a heated argument in which Cangini, who was about 20 years older than his wife, accused her of being attracted to her employer and hence refusing to have sex with him.

Cangini is then accused of stabbing her to death and dumping her bleeding body on the floor. He then went to bed after the crime.

The next morning, he allegedly ate breakfast, walked his dog, and returned home as if nothing had occurred.

He allegedly took his dog for another stroll in the afternoon before calling the restaurant where his wife had worked as a cook for two years and telling the owner he would never see her again.

‘I knew there was something going on between you two,’ Cangini allegedly informed the restaurant manager for whom his wife worked.

The restaurant owner then called the police, who went to the suspect’s house.

Officers arrived at the property and discovered Ms. Kyrychok’s dead with at least four knife wounds, one to the heart.

Cangini was apprehended, and the alleged murder weapon was discovered at the crime site.

The investigation is still ongoing.