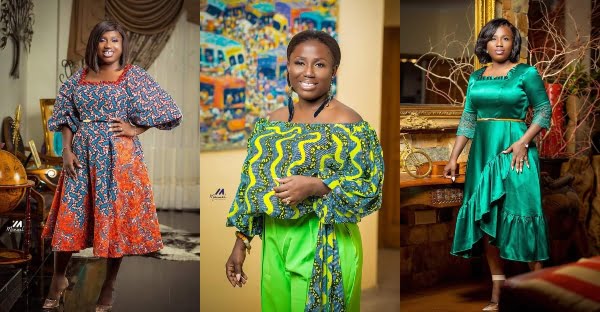 Diana Hamilton, a multiple award-winning Ghanaian gospel performer, has been shown to be a force to be reckoned with when it comes to fashion and looking beautiful.

She has always been a knockout at every red carpet event she has attended. Her style is mainly African with European influences. Diana Hamilton is a full-time gospel artist who also manages a fashion line and works as a nurse.

At the 3Music Women’s Brunch, she was named the 2021 Most Streamed Female Act of the Year. The 3Music Awards Women’s Brunch named her one of the Top 30 Most Influential Women in Music in March 2021.

She is married to Joseph Hamilton and they have two children.

Check out some of her stunning looks below;