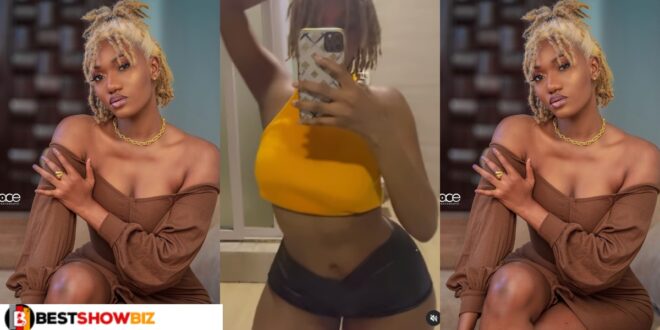 After a video of Wendy Shay twerking to her latest song surfaced on Instagram, a lady known as @Nyameba Posh made a shocking revelation about her.

Wendy Shay recently announced that she has been born again and that she will no longer do things that are contrary to God’s kingdom, instead of using her music to praise Him.

In the video, Wendy, who appeared to be unsure of her position, is seen twerking while fans react with applause.

Wendy cannot change or repent because seven spirits are working against her, according to the latest update from an Instagram lady.

‘This gal is becoming something n its not funny. She was so descent d last time on united or whatever show she went saying she had repented eeeiii or d spirits came with 7 others this time around