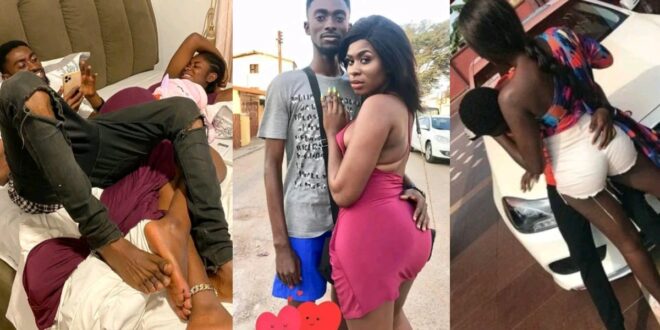 Yaa Jackson is a model, singer, and actress from Kumawood. Yaa Jackson is one of Ghana’s most famous celebrities. In her career, she has appeared in over 100 Kumawood films. She began acting at the tender age of two. She rose to prominence after starring alongside the late Bob Santo and Agya Ntow in the film “Okukuseku.” In this film, she played a boy.

She made her first appearance at the age of two and was last seen on television when she was nine years old. Her father, Jackson K Bentum, directed the film “Me Wuo Akyi,” in which she played an important role. Yaa Jackson is a singer as well as a model. She rose to prominence in the music industry after releasing her first single, “Tear Rubber,” which became a huge success in Ghana. Fameye and other top Ghanaian artists were later featured.

Reagan Akwasi Jackson, Yaa Jackson’s handsome brother, is also an actor. Reagan is a gifted and imaginative actor. Yaa Jackson has been sharing images of herself and her brother on social media. Many Ghanaians have reacted to their images by saying that they resemble.

Take a look at those pictures of Yaa Jackson and her brother that seemed to be inappropriate.