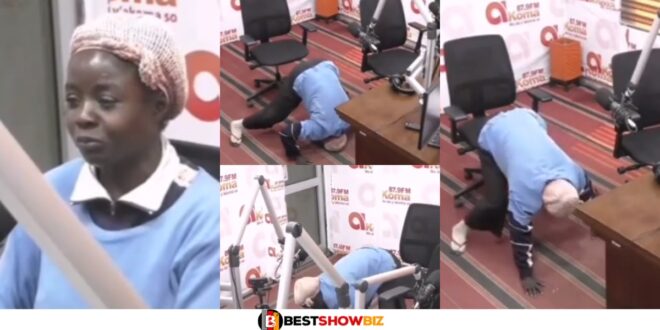 On a live radio broadcast, a 60-year-old lady was spotted weeping while showing the many sex techniques she offered a Mallam at a shrine where she went for relief with her ailment.

The woman from Ghana’s Western Region felt upset when discussing her dilemma with Takoradi-based Akoma FM.

The lady said she went to Mallam’s shrine for a medical condition only to be deceived into having sex with him.

She described how she believed the Mallam when he asked her to bend down so he could administer the medication, but she quickly understood he was up to something else since she felt his manhood in her.

He had his way with her in that posture and then requested her to lie down and lift her legs in an uncomfortable position where he had his second sex with her.