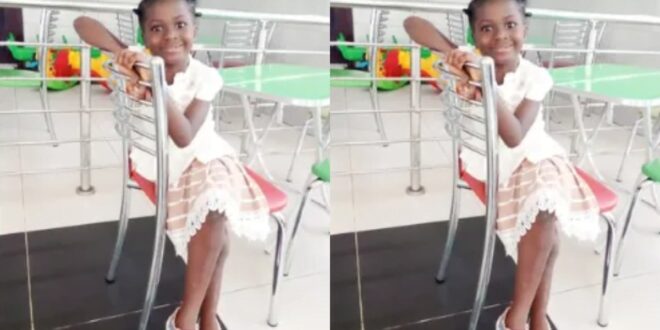 A 6-year-old girl has left a touching letter to her father on her birthday.

the latter was shared by a Twitter user identified as @fisayo_taiwo which states that the 6-year-old girl left the letter before going to school.

the letter has a touching message that, her father promised to buy her an educational tablet when she turns 6 and now she is celebrating her six years birthday.

the 6-year-old girl further noted that she knows her daddy does not have money which is why he couldn’t buy her the tablet but she knows God will provide her a better job and more money.

she went on to say that her father should sell her chicken, the one for her birthday in other to use the money to buy her the tablet.

so funny and touching!

read her letter below;