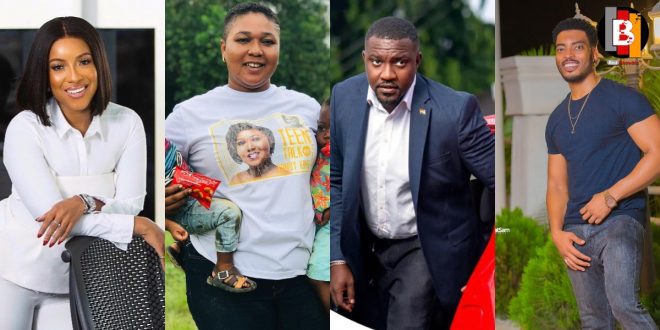 Actor turned politician, John Dumelo might have been shocked when some of his colleagues from the movie industry joined forces with the New Patriotic party to campaign against him in the upcoming elections.

The likes of kalybos, Bibi Bright, Prince David Osei, and co, hit the streets in a massive show of support to Maa Lydia who is the incumbent MP and rival of Dumelo.

6 other celebrities have sympathized with Dumelo and have declared their support for him.

Jame Gardiner wrote an open letter to him, telling him he will support him till the very end.

Dumelo himself reacted to the post commenting that he loves James: johndumelo1: “I love you bro. I got your back always. #idey4u.”

Actor Fred Nuamah also thanked James for this letter: fredericknuamah: “James James!!! I love this letter… @johndumelo1 God is in control my brother.”