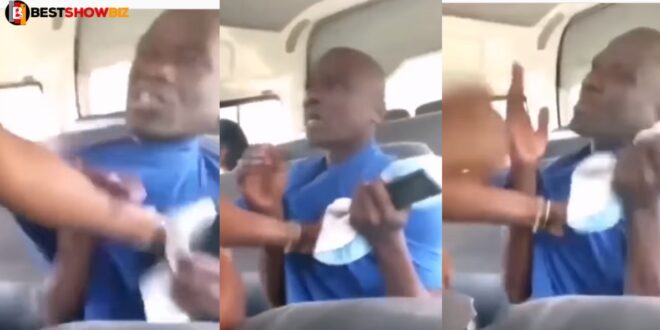 The women mismanaged the man who appeared weak, believing the man was wicked for wanting to ruin the future of the small girl who could have been his children or grandkids if proper care was not done.

The fact that the two women punished the man for not behaving like the elder man that he was brought delight and happiness to netizens who happened upon the video.