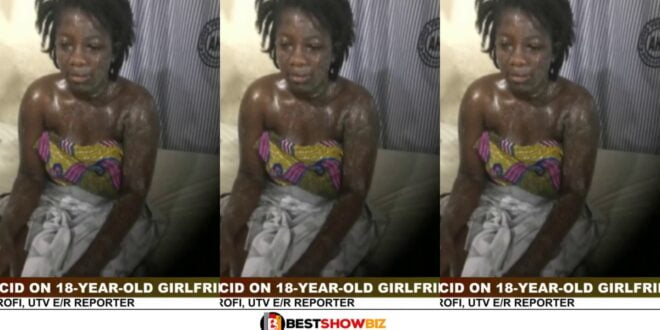 Nana Yaw Manti, a 54-year-old businessman, poured acid on his 18-year-old girlfriend and her mother in their home.

According to a UTV report, the said businessman once released a s3.x.tape and nude pictures of himself chopping the lady for undisclosed reasons.

The young girl and her mother reported him to the police after the video went viral, which led to his arrest a few months ago.

As a result of this, he intended to deal with them for disgracing him following the court saga.

He poured acid on them one evening in their home, and neighbors heard their screams and rushed them to the Tetteh Quashie government hospital in Akuapim Mampong for medical attention.

He went into hiding after this, but has since been apprehended by police.