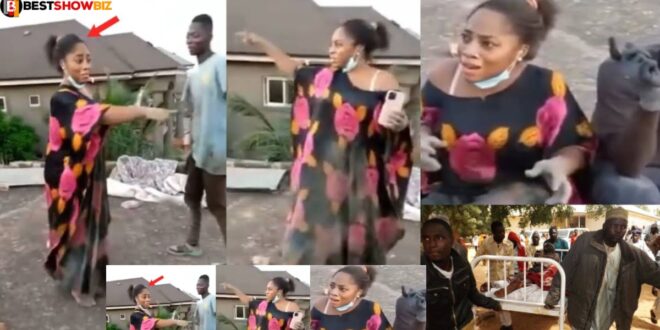 5 Things that Happened to Moesha Boduong in 2021, from going crazy to losing her riches

With actress and Instagram model Moesha Boduong, the year 2021 will undoubtedly go down in history as one of her most memorable.

In the midst of several issues, she has experienced a roller-coaster year, going from first-class slay queen to church lady in the span of a few months.

The whole progression of Moesha’s experience may be divided into five parts.

You may read them in full below:

Moesha was known to be a fashion diva and photo model whose photos one was likely to watch many more times. Since 2018, she gained massive attention on social media with her physique.

Moesha was paid to serve as a brand ambassador for some brands, especially on the clothing side. She later confessed to having liposuction just so she could have the body shape she desired. Moesha deleted all those photos from her Instagram.

2. Repentance: Then, after three years of enjoying back-to-back fame, Moesha claimed to have seen God and repented from all her ways. She changed completely and became a church girl, and would often share videos of her in church and singing praises on her Instagram handle.

Read Also  Funny Face Exposes The Guy His Baby Mama, Ama Vanessa Was Secretly Cheating On Him With | Video

Her social media activities changed completely from sharing eye-popping photos to talking about God and the need for everyone to repent:

When everyone thought Moesha had witnessed her massive transformation, the more shocking news came when she was reported to have gone into depression leading to wanting to take her own life. But for the swift intervention of those around, Moesha would have jumped off a roof to end it all.

There were many rumors circulating in this regard, including that she slept with a man who is not human, and who sold her soul for money.

At this point, it came to the fore that Moesha had been renting her mansion in East Legon after she made everyone believe that her boyfriend actually bought that mansion for her.

After the rent expired, the landlord of the mansion was reported to have thrown Moesha out of the house for her inability to raise money to renew the rent.

She reportedly called people to her house to give out her dresses and other belongings and went to stay at the church. Later, Moesha’s family was said to have relocated her to an undisclosed location.

Thanks be to the God Moesha repented for! She eventually recovered from all that she had been through. In one video, she was spotted having her hair styled by a specialist and she sang happily.

In another publication, Moesha reportedly told her friend Ayisha Modi that she was doing just fine, and hoped that God would change everyone as he has done her.