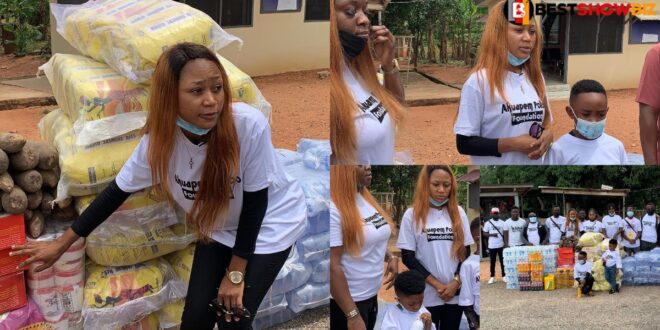 In fact, if you live in Ghana, you should exercise extreme caution in whatever you do.

Otherwise, the system will never be fair to you.

The program exposed how bad our prison situation is and how many people are drowning in misery.

Soon after the dialogue began, the Attorney General and the judiciary service entrusted several judges with visiting some Ghanaian jails to assess for themselves the circumstances of some of the country’s prisons.

In an interview, many judges stated that community service and penalties should be used instead of prison time for some trivial crimes.

Fast forward to the present, and the social media sensation has lavishly honored her son’s birthday by making a significant donation.

She donated some stuff to the Nsawam prison’s female section.
This is most likely because of her negative experience at the facility, which influenced her decision to donate.