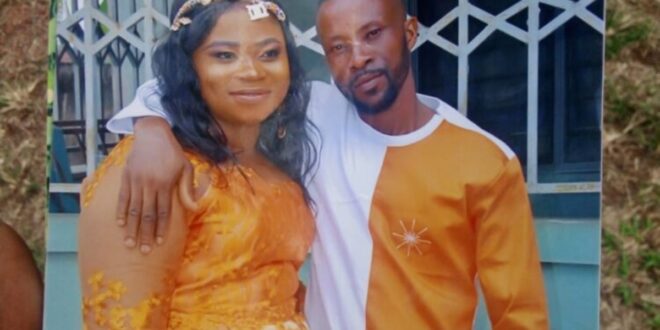 40-Year-Old Man In Arrested For Allegedly Killing His Wife

A 40-year-old man has been arrested for allegedly killing his wife, Afua Abrefi, at Ofoase Kokoben in the Bekwai Municipality of the Ashanti Region.

Stephen Appiah, age 40, is suspected of murdering his wife by repeatedly striking her head against a wall, causing her instant death from the excessive loss of blood. The incident allegedly occurred as a result of a disagreement.

People say that after committing the crime, the suspect wrapped the body of his dead wife in a blanket and left it in a bush.

The police were informed after several days had passed and loved ones of the deceased still hadn’t been seen. The investigation led to the man being caught, and he admitted to killing his wife.

He then took police to the scene, where the body was recovered and taken to the mortuary.

The offender was brought before the Bekwai magistrate court by police. He was remanded in custody for two weeks to allow police to conduct additional investigations in order to file official charges and begin the committal trial.