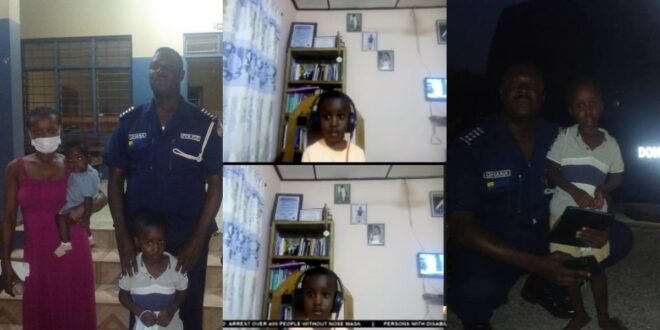 We reported a day ago about a 4-year-old boy who reported his own mother to the police for her to be arrested.

as we reported earlier, the 4-year-old boy reported his mother to the police for trying to kill his junior brother.

well, the little boy who is identified as Obrimpong has finally interviewed and disclosed why he reported his mother, Werekowaa.

according to Oberimpong, he went alone to the police station and reported his mother when he saw his junior brother has fallen off his mother’s lap.

when asked if he wasn’t afraid, the 4-year-old boy said he was never afraid of anything, not even the police.

the mother speaking on Adom TV, the police came to their house and interrogated her and was asked to report at the police station.

Oberimpong is very smart and his move to report his mother has shocked everyone looking at even his age.