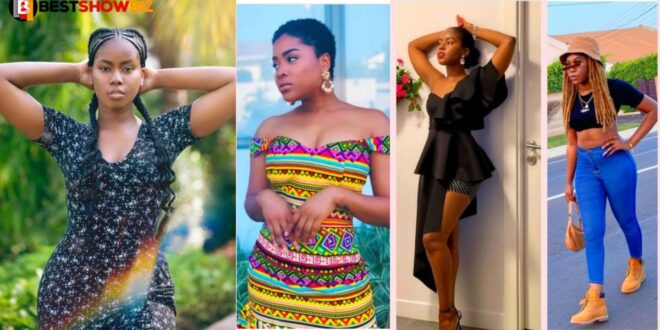 University, without a doubt, prepares a person intellectually and socially for a successful career and adult life after graduation. It is an honor to have received a degree from a university. The fact that some of our artists are pursuing careers in music did not prevent them from enrolling in institutions and earning degrees. Because of the nature of their employment, there are only a few musicians in Ghana who have been able to continue their studies to the university level so far.

A few artists in Ghana, were able to complete their studies to the university level, let alone seek a master’s degree. Despite the fact that there are just a few male and female musicians who have earned degrees from some of the country’s premier universities, the female artists who are university graduates in Ghana will, however, be the focus of our attention, and the focus will be on them.

The subject of today’s essay is four attractive Ghanaian female artists who are also university graduates, something you probably didn’t know about until now.

Read Also  Do you remember Cecilia Maria – the Nun who died smiling, see her photos

Cina Soul will be the first to be discussed.

Cindy Soul is one of the most gorgeous and sought-after female musicians in the country right now, and she is also one of the most successful. The attractive Afrobeat vocalist holds a bachelor’s degree from a prestigious university. After completing her senior high school education at Aburi Girls Senior High School, the “Feelings” hitmaker went on to further her studies at the University of Ghana Legon, where she studied psychology as well as archaeology.

Freda Rhymz will be the next person to speak.

In the music industry, Freda Baffour Awuah, better known by her stage name Freda Rhymz, is widely regarded as one of the most skilled female rappers in Ghana at the present.

Originally from Ghana, the stunning rapper and songwriter holds a Bachelor of Fine Arts degree from Methodist University in Accra.

Mzvee, the singer of the famous song “Balance,” is unquestionably one of the most beautiful and accomplished female musicians in Ghana. Mzvee, who has been in the music industry for quite some time, has a slew of hit songs under his belt. The accomplished musician is also a university graduate with a bachelor’s degree. When Mzvee graduated from St. Mary’s Girls’ Senior High School, she continued her education at Ghana Telecom University, where she pursued a Bachelor of Business Administration degree in Business Administration.

Adina Thembi is the final, but not the least, of these women.

following the completion of her secondary school at Wesley Girls High School in the central part of Ghana, she got a degree in Environmental and Development Studies from Central University in the same region.