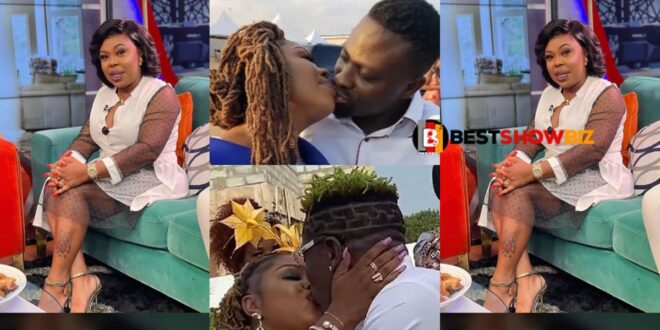 In this post, I will tell you about some of the occasions Afia Schwarzenegger, a famous Ghanaian actress, was caught kissing other celebrities.

In private, Afia Schwarzenegger is Valentina Nana Agyeiwaa, a Ghanaian actress and media personality who is also one of the country’s most contentious women. She came to the Limestone after acting in one of the most well-known TV programs, “Afia Schwarzenegger.” with Tonado and numerous other actors and actresses.

Without further ado, here are some photos of the controversial actress kissing other celebs.

In the photo below, Afia Schwarzenegger kisses Brother Sammy. Bro Sammy, for those who are unfamiliar with him, is a well-known gospel singer in Ghana who is also married. Afia Schwarzenegger was caught kissing the famed Ghanaian gospel Bro Sammy in Rev Owusu Bempah’s church.