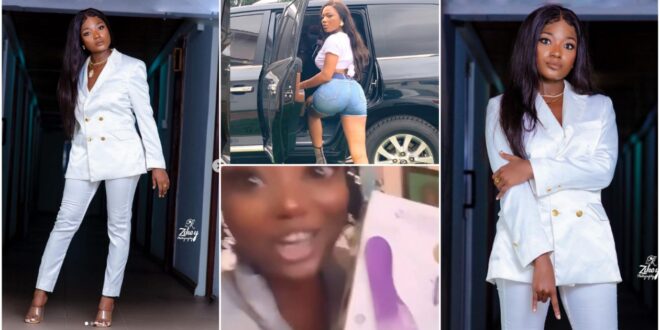 33 years old Efya reveals why she prefers s£x toys to having s£x with men.

Efya is single at 33 years of age, she has no known boyfriend and ever since she came into the limelight in Ghana she has been single.

Earlier last month, she posted a video of herself with her s3x toys saying she was going to have fun with them and that no one should disturb her whiles she is enjoying.

Efya has revealed in a tweet why she loves using s3x toys than getting herself a boyfriend who could do the job well for her.

According to her, Love is a game and because she doesn’t want to be played with, so she will continue sticking to her s3x toys.