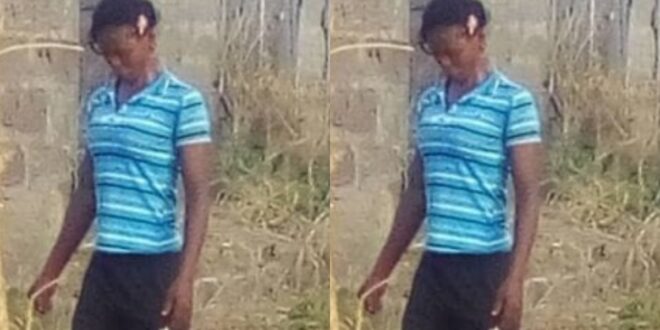 Sad reports reaching us is that a 32-year-old woman has k!lled herself at Atebu-Amanteng in the Bono East Region.

The 32-year-old woman who is known as Madam Jennifer Miya according to sources was married with a child.

reports also states  that she comes from Beposo, a town in the Ashanti region.

Jennifer’s brother-in-law, who happens to be the eyewitness, revealed that the deceased had initially tried to kill herself with a knife, but he overcame her and pulled it away from her.

“she first attempted to use a knife but I overpowered her and took it from her.” he said

“after she attempted to take her life I visited her thrice that day just to ensure Jennifer does not walk her thoughts but was informed from the health center that she had committed suicide”.

As per the source, Jennifer’s body has been dumped in a morgue waiting for autopsy whilst investigations are ongoing.