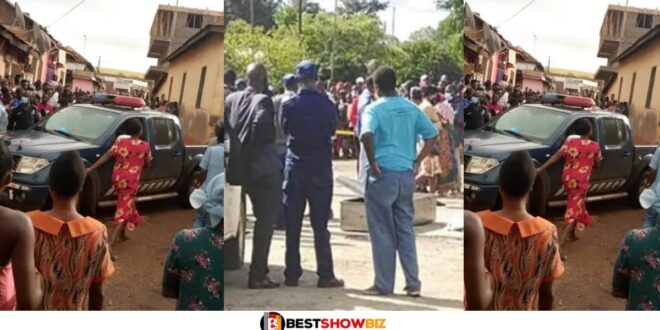 Last week, a Zaka man who was 32 years old was allegedly killed by a commercial sex worker who was 24 years old because he failed to pay for the services she provided.

Susan Chokungwara of Chipfunde Village, Chief Bota, Zaka, along with the assistance of her two friends, Talent Mugari (19) of Gudo Village, Chief Ziki, Bikita and Panashe Chiwira (21) who resides at Chigure Shop, Jerera Growth Point, Zaka, killed Alphios Mukovera of Manyanga Village, Chief Nhema, Zaka in Masvingo because he did not honor his part of the agreement.

A spokesperson for the Masvingo police department, Inspector Kudakwashe Dhewa, confirmed the incident and stated that the two individuals, who had spent the majority of the night together until the closing of the Nherera Nite Club, had an argument after Mukovera stormed out of Chokungwara’s room without paying.

Read Also  Man arrested and taken to court for touching a lady's butt()ck in public without her consent.

“On 10 October Mukovera and his friend Kudakwashe Mamombe drove from the Chiromo mining area to Nherera Nite Club in Jerera for a beer binge. Mukovera proposed love to Chokungwara who agreed and the two were together till the nightclub closed, after which they went to Chokungwara’s place,” he said.

It is said that Mukovera refused to pay for the services rendered and stormed out of the room, but Chokungwara, along with her friends Chiwira and Mugari, attacked him while demanding that he pay Chokungwara. Chokungwara also demanded that Mukovera pay her.

“Mukovera ran for 150 meters before the trio caught up with him and started to beat him with sticks all over the body until he was unconscious. He was found dead by passers-by and the matter was reported to the Zaka police.”

Mukovera was left with deep cuts on his face, swollen lips, and deep cuts on the back of his head, and was missing several teeth as a result of the attack. Investigations were carried out, which ultimately led to the detention of the three individuals.