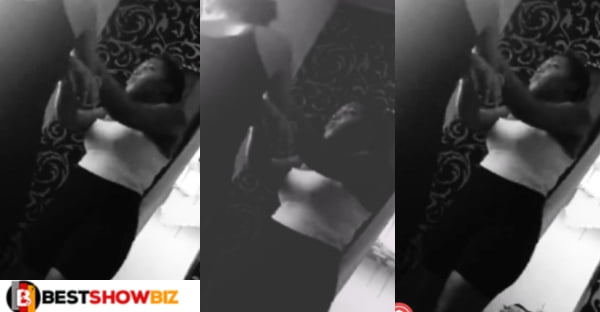 A Twitter user has detailed the drama that happened between a lady and a married woman over a yahoo boy they are both dating.

According to the tweet, the 19-year-old yahoo boy was covertly having an affair with a 31-year-old housewife. While also sleeping with a 28-year-old lady named Faith.

Trouble arose when the married woman visited him unannounced and met the other lady in his residence.

They started exchanging insults and during the heated moment, Faith labeled the housewife a “small girl”, who was not her type, as she seemed older than her.

But the married woman stated she is 31. The Twitter user stated things got out of hand to a point where they were violent and they were ultimately separated by neighbors.

Here’s what the tweep shared;

”Housewife and lady fought in my street because of a 19yo Yahoo boy.

Housewife was dating the guy, guy was also sleeping with the lady called Faith.

Both met each other and started fighting. Faith called housewife a ‘small girl’ who is not her age mate.

Faith says she’s 28, housewife reveals she is 31 but Yahoo Boy is said to be just 19. They fought but were separated by neighbours.

Yahoo boy pushed them out, took his key and drove out.”