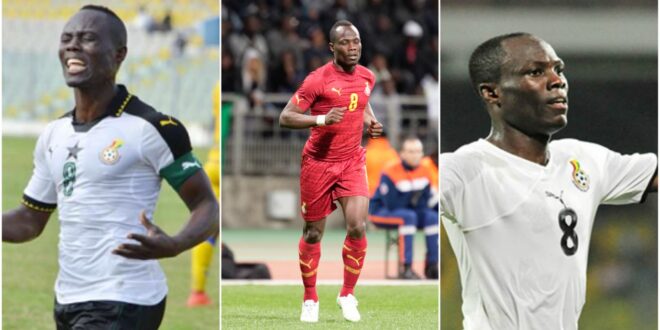 In a statement he shared via his Twitter handle, he disclosed that he wants to focus on his club career and give his best to Hellas Verona.

Agyemang Badu played for Ghana for 12 years and during that time has made 78 appearances for the team.

”On this day after talking to my family and loved ones, I think it’s time to officially retired from the national team.

”I’ve tried several times to win the AFCON for the nation after winning U20 AFCON and World Cup. We came close twice, but it’s a bit disappointing that we couldn’t win it.

”I, however, believe my colleagues who are now in the national team will do that for us in the coming years.” He added.