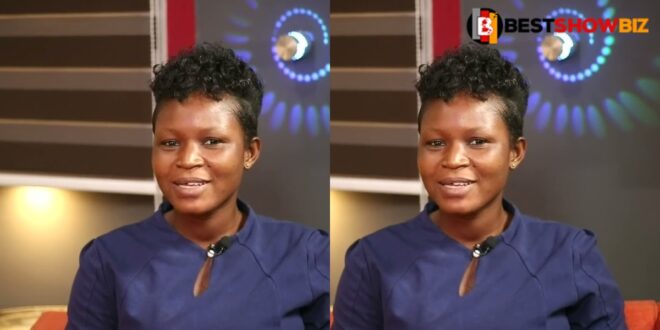 “3 years ago, i was a trotro mate, now I work at fidelity bank as an IT employee”- lady shares her story

In just three years, a Ghanaian woman went from being a trotro mate to working as an IT employee at Fidelity Bank.

Mabel Alukbadek has confessed that she arrived to Accra three years ago to hustle and began working as a trotro mate.

She had always desired to be a military officer, but needed to work as a mate to get by.

She was later accepted to IPMC, where she majored in Systems Engineering.

She recently found a new work as an IT End User Support Officer at Fidelity Bank, after being jobless for almost a year.

On Kofi TV channel, she shared her story to Kofi Adoma.

Mabel’s tale was initially brought to light by Kofi three years ago, when she was still a mate.

Keep an eye out…