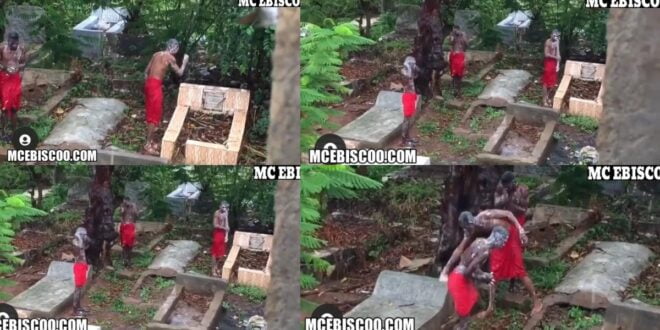 A video of three young men bathing in a cemetery had gone viral earlier. These young men were seen in the rain tying red wrappers and bathing beside a row of graves.

The voice of the individual who was presumably filming the video could be heard constantly saying “fear guys, fear guys” in the background.

Many people who saw the video assumed that these boys were want tobe Ritualists who were captured unaware on camera while indulging in Ritualistic rituals to improve their fraud business.

The boys were pressured to step forward to clear their reputations after seeing how negatively they were trending online. They made another video in which they refuted being Ritualists or Fraudsters. They picked out the graveyard they used in the video and explained that they were just acting and doing a skit.