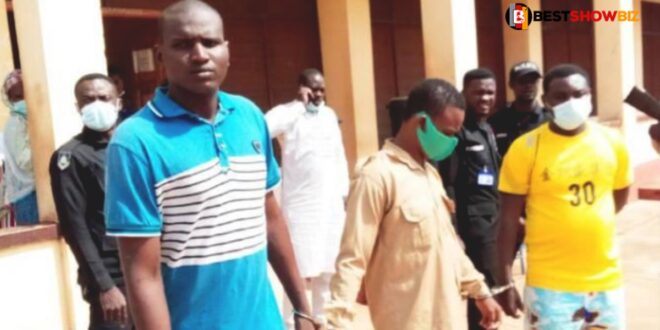 Three armed robbers were sentenced to 210 years in jail by the Techiman Circuit Court.

Tampuri Iddrisu, 18, Yussif Salifu, 19, and Kwame Owusu, 32, were detained after a highway robbery incident on the Wenchi to Sunyani route in 2019.

There were four of them, but Red, one of them, managed to getaway.

The court has finally declared them guilty after two years on remand.

His Lordship Alexander Graham presided over the court, which sentenced each of them to 70 years in jail as a deterrence to others.