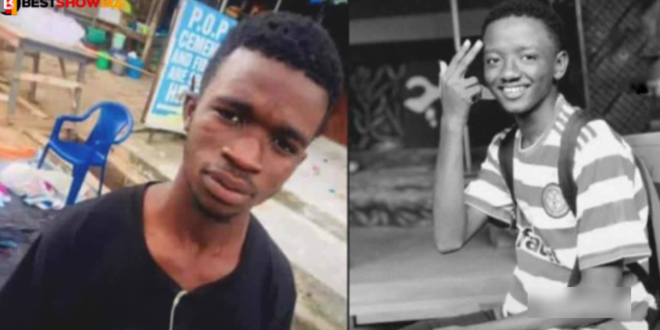 According to Adom TV, Shafiw, a 20 years old boy, of Nkawkaw Zongo, brutally stabbed his buddy Lawali Umar to death.

Shafiw reportedly killed his pal over a Bluetooth small speaker. This happened on August 23, 2021.

The assassin who went to complain to Umar’s parents about the Bluetooth speaker, but his father told him to wait.

Unsatisfied, Shafiw returned to stab the dead (Umar) in the neck with a pair of scissors, killing him.

The corpse was sent to Holy Family Hospital for an autopsy, and the Nkawkaw Police are investigating.