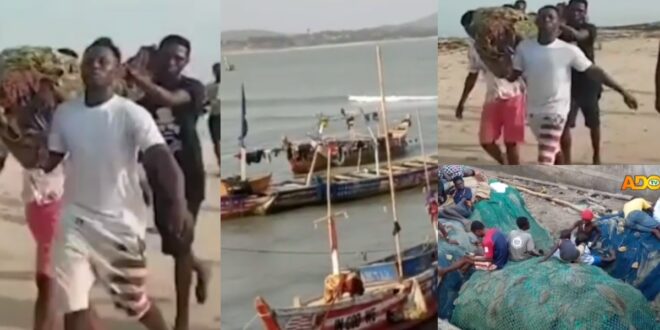 Videos: SAD!! On Monday, 20 children were discovered dɛad after swimming in the Apam Sea.

According to information gathered by our organization, 20 unidentified children died on Monday, March 8, 2021, after swimming in the seat at Apam in Ghana’s Central Region.

According to DSP Moses Osakono, the District Police Commander, who reported the misfortune, eight bodies have been recovered from the sea so far. He went on to say that the police and a rescue team had been sent to assist with the recovery of the remains. Here’s what he has to say about it:

”In the morning, we were able to recover six bodies. We’re working along with the DCE. My private investigator has already arrived. And we’ll move the bodies as quickly as possible to see how much we’ve lost.”

The Apam sea has been closed to the public following the spread of the lethal coronavirus, according to the DSP. He went on to say that the kids were not seen on their way to the beach to go swimming.

The DSP went on to say that the children did not take the normal path to the sea, but instead took a route along the Apam river, noting that anyone who lived near the sea could not see them.

He also revealed that on Sunday evening, there were reports that someone had drowned, but the police were notified on Monday morning, which adds up to the said 20 children who drowned.