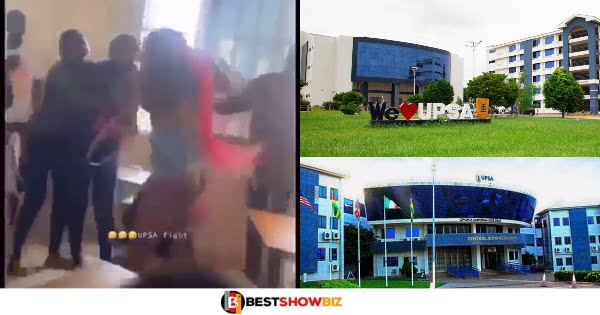 A video of two students from the University of Professional Studies (UPSA) fighting over a boy during a lecture has sparked outrage on social media.

The battle between the two female classmates was a tense one that could have ended disastrously for one of them.

They were cheered on by their colleagues as they engaged in the fight, as though they were fed up with their antics and wanted them to settle it by brute force.

Two gentlemen attempted to separate the girls, but the girls’ energy propelled them further.

The University of Professional Studies’s authorities are very harsh, and these females will be lucky if they don’t get suspended.