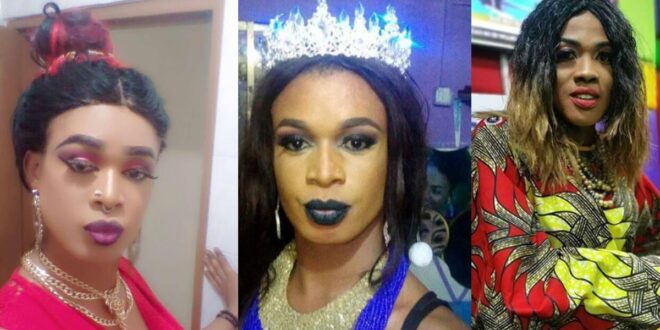 On the most recent LinkUp show With Mona Gucci, two transgender women said that famous men in the country are interested in their services.

The ladies had a lengthy talk about the LGBTQI culture in Ghana, as well as their backgrounds as Trans women in a country where it is illegal.

Madina Broni, who had her male genitalia removed and replaced with female genitalia, said her wish was to marry a priest.

She went on to say that she was dating a Ghanaian preacher in Belgium and that their marriage arrangements were well underway.

Several powerful men in the country had confronted the Trans woman, she said.

Angel Maxine, a transgender woman, revealed that lawmakers and attorneys were among the men who approached them on a daily basis.

Maxine showed Mona Gucci photographs and chats of a suspected “big guy” who has been bombarding him with texts.