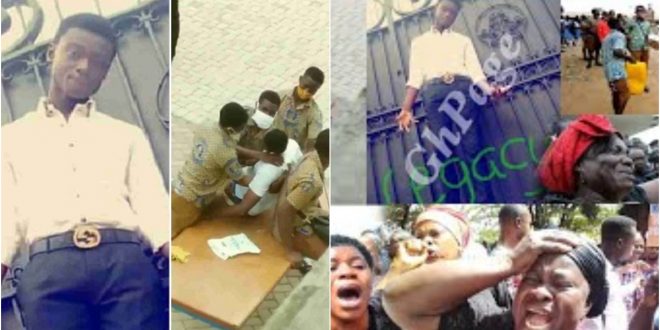 Two (2) teachers of KNUST SHS have been sanctioned over the death of the final year student identified as Richard Leonard Sam.

the two teachers, Owusu Ansah Seth who is the senior housemaster, and Anthony Awotwe who also is the housemaster of Densu house(where the deceased student was) has been asked to step aside.

adding to the interdiction of the headmistress of KNUST SHS, Felicia Asamoah Dankwaa, the total interdicted staff at the school has been pushed to three.

according to Mary Owusu Achiaw, who has been directed by the GES to manage the school until further notice, the two housemasters were asked to stay aside for a committee to investigate the case.

Ashanti Regional Director of the GES, Mary Ofori said the fate of the two teachers will be determined after the findings of the special committee tasked.

The Ashanti Regional Director of Education stated the committee will begin its work on Monday, July 13 and will be expected to submit its report by Monday, August 3.