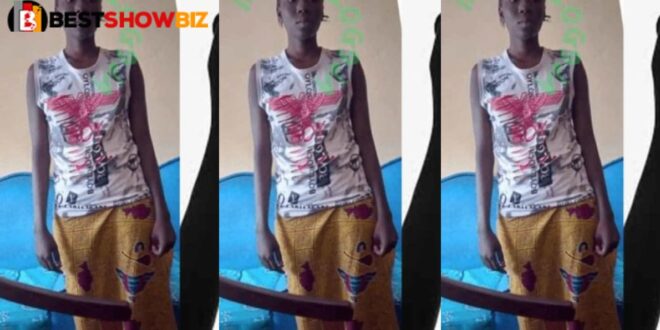 According to reports, a 19-year-old newlywed lady stabbed her husband to death in Adamawa State, Nigeria.

Rumasau Muhammed, the suspect, was forcedly wedded to the deceased three weeks ago.

Rumasau begged her husband, Muhammed Adamu, for a divorce, but he refused.

The woman allegedly attacked her 35-year-old husband with a knife, knocking him out.

Muhammed Adamu was brought to the hospital but was pronounced dead.

Suleiman Nguroje, the spokesman for the Adamawa State Police Command, verified the event.

“The suspect, Rumasau Muhammed, stabbed her late husband Muhammed Adamu with a knife after she sought a divorce and the deceased refused to grant it.

Angered by his refusal to divorce her after many demands, the suspect stabbed him in the stomach, knocking him out and rushing him to the hospital where he was pronounced dead.

Read Also  "If you are not good in bed and also does not know how to cook, forget marriage"- Kennedy Agyapong advises ladies

The suspect was arrested in Shelleng Divisional Headquarters after a tip from the deceased’s friend Jophas Johnsley, Suleiman revealed.

The suspect is currently in police custody and the situation is being investigated clinically.