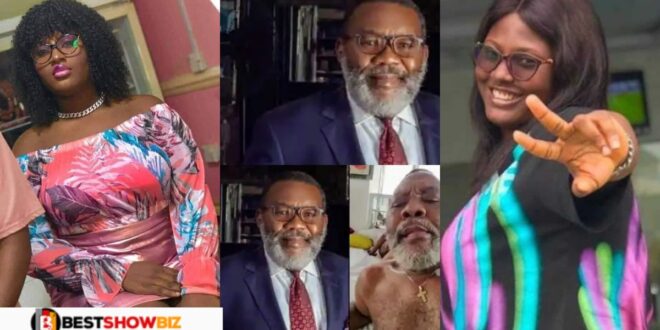 In a court of law, a 19-year-old girl was charged with blackmailing a former government official with their s*x tape and has been arrested and arraigned.

Charlotte Delhi was detained for reportedly posting a s*x tape of herself and Dr. Walton Liverpool, the permanent secretary of the Bayelsa State Ministry of Education, on social media.

On Friday, the Department of State Security (DSS) arraigned her before the Federal High Court in Yenagoa.

Charlotte reportedly posted the videos on social media after the minister failed to pay the 15 million Naira ransom she demanded.

Charlotte was accused of internet harassment with the aim of blackmail, according to a court document that appeared online.

She reportedly claimed to be 17 years old, despite the fact that her birth certificate said she was 19 years old and was born on October 10, 2002.

“That you, charlotte Delhi on the 14th day of September 2021 in Yenagoa within the jurisdiction of this honorable court for the purpose of extorting the sum of N15million from Dr. Walton Liverpool, intentionally posted a video showing the n*ked appearance of the said Dr. Walton Liverpool on a WhatsApp group tagged “Off Liverpool” with an Iphone7 plus mobile phone and GSM. No. 08084267342.” Part of the charge sheet read.

Charlotte pled not guilty to the accusations, and her lawyer, Andrew Arthur, applied for her release from DSS custody, where she had been held for 13 days.

The case has now been rescheduled for November 9, 2021, when the court will rule on the admissibility of an exhibit.

Dr. Liverpool told the court that he met the accused through Facebook on August 23, 2021, and they had a consensual meeting at the Golden Gate Hotel in Yenagoa.

He went on to say that the accused’s s*x tape caused him psychological and physical problems and that he nearly attempted suicide and passed out after his family watched the video on the internet.